I Abandoned My Cart! 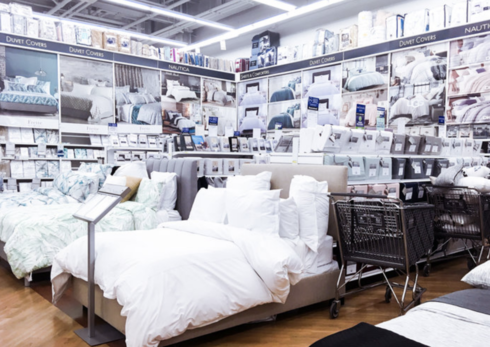 I have gotten this call more than once. . . and again today!
Inspired And Then Discouraged.
I was checking my voice mail . . . .and there it was . . .
my client having a self proclaimed “meltdown.”
I wish I could share the audio in this newsletter. . . it’s something so many people can relate to.  (And don’t worry she wouldn’t mind, she is already laughing about it!)
It Started With An Area Rug.
Let me back up for a moment, and explain.  We had worked together and she loved the changes we made in her living room.  She was thrilled.  It was done in an hour, inexpensive and so much easier than she thought. She had kicked herself for waiting so long!!!
She was inspired and eager to do more.  She had saved so much money on her living room that she wanted to treat herself to a few new items for her bedroom.
Then I get the Call. . . .
It went something like this. . .
“Sue! I came in this store to get an area rug for the side of my bed.  I then realized that I wanted flannel sheets for winter.  So I might as well, get a new duvet cover and have some fun.  Okay, so then which comes first, the duvet cover, sheets or area rug?”
Now, that is the calm version (and much shorter version). . . .
And as she said later. . .”I had learned so much from you . . I thought I could do this”
Get’s Crazy Fast
But in the store with so many choices. . . it got overwhelming fast.
She went on to say. . .
“Sue, there was 20 different kinds of green. . I couldn’t tell which ones matched and what they should match?”
She told me: “I had a cart full of stuff and just walked away from it.”
If you have ever been overwhelmed. . ..
you are not alone!
I can help, and would love to hear your story.
Email me back, if anything like this has ever happened to YOU!
Thanks,
Sue Pitchforth